This is a feature-rich Python implementation of QuadKeys, an approach to geographical tiling, popularized by Microsoft to be used for Bing Maps. 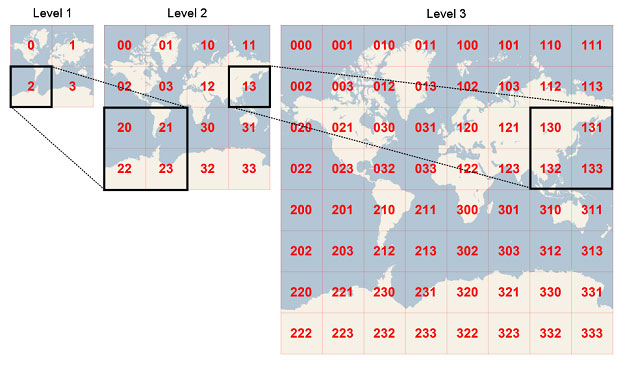 In essence, the concept is to recursively divide the flat, two-dimensional world map into squares. Each square contains four squares as children, which again contain four squares and so on, up centimeter-level precision. Each of these squares is uniquely identifiable with a string like 021030032.

For more details on the concept, please refer to the original article.

muety/pyquadkey2 originates from a fork of buckhx/QuadKey, which is not maintained anymore. It build on top of that project and adds: